Hashwatt’s mission is to expand on our journey as a large scale, highly profitable, ESG friendly, legally compliant, US Bitcoin mining company with a powerful energy advantage.

The Goal of Hashwatt, Inc.

HashWatt is among the lowest cost miners in the US because of the unique arrangements it has with US power generators that guarantee long-term, low-cost electricity without risk of utilizing the grid.

HashWatt, Inc., a Delaware corporation, is a US-based Bitcoin mining company with long term power contracts and conforms to US laws, rules, and regulations.

The company believes that its cost of electricity is among the lowest in the US without the risk of ownership of power plants. 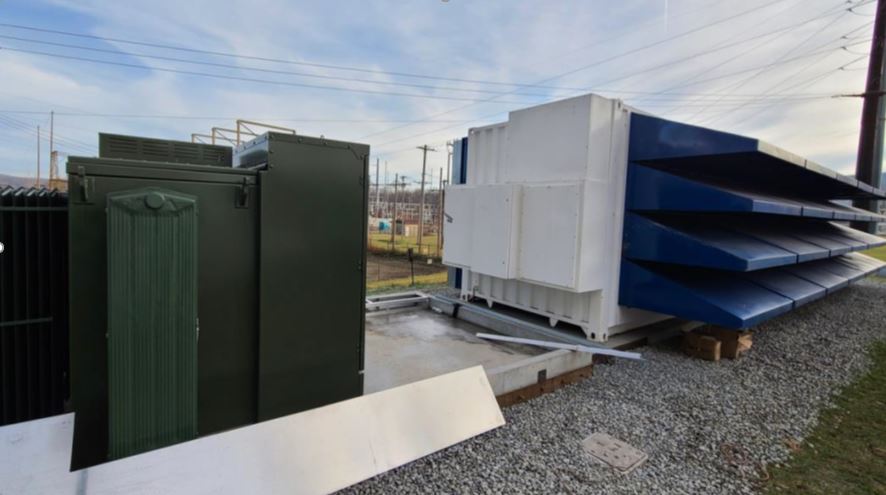 HashWatt, Inc. can be described as an Enterprise-Grade, Sustainable, U.S. Bitcoin Mining Company with a Powerful Energy Advantage. The company has negotiated unique long-term agreements for the purchase of low-cost electricity without distribution cost (behind the nameplate) in a secure (both physical and Internet), leasehold property.

The company has negotiated unique long-term agreements for the purchase of low-cost electricity without distribution cost (behind the nameplate) in a secure (both physical and internet), leasehold property.

The company believes that its cost of electricity is among the lowest in the US.

The company believes that its cost of electricity is among the lowest in the US without the risk of ownership of power plants or exposure to regulatory risks of grid power consumption as done by our competition. The contracts for power are negotiated to have seven-year terms with three-year extensions.

HashWatt is a highly efficient and profitable operation.

As an example, the company mines bitcoin in a geographic location that does not require HVAC for cooling thereby reducing the cost of running our operations.

Based on HashWatt’s valuable power purchase agreement that enables the company to purchase power “behind the nameplate,” HashWatt can mine Bitcoin with a strong advantage to other competitors and reduce regulatory risk.

HashWatt is not buying from the grid, rather directly from energy producers without the complications of power plant ownership. 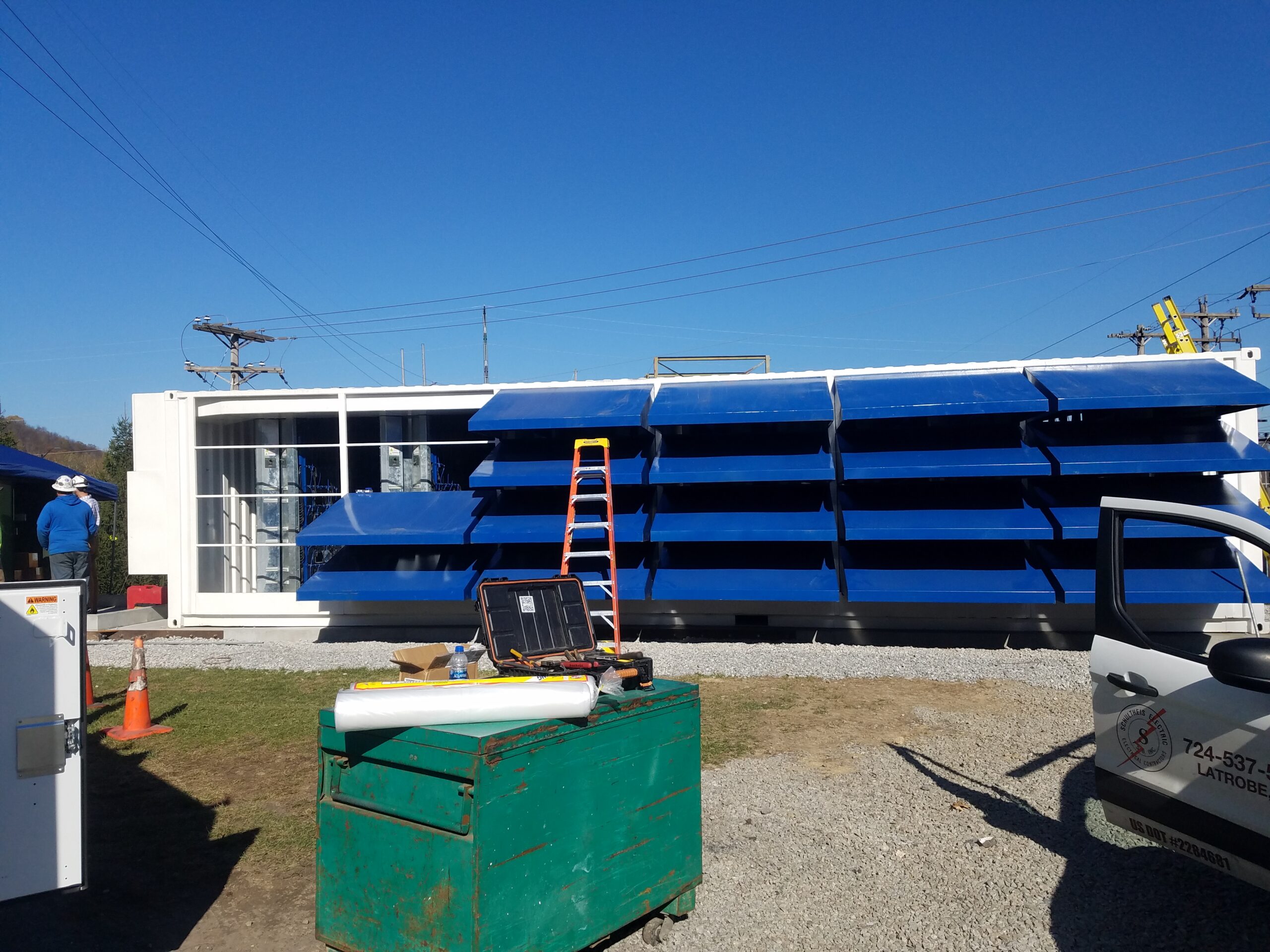 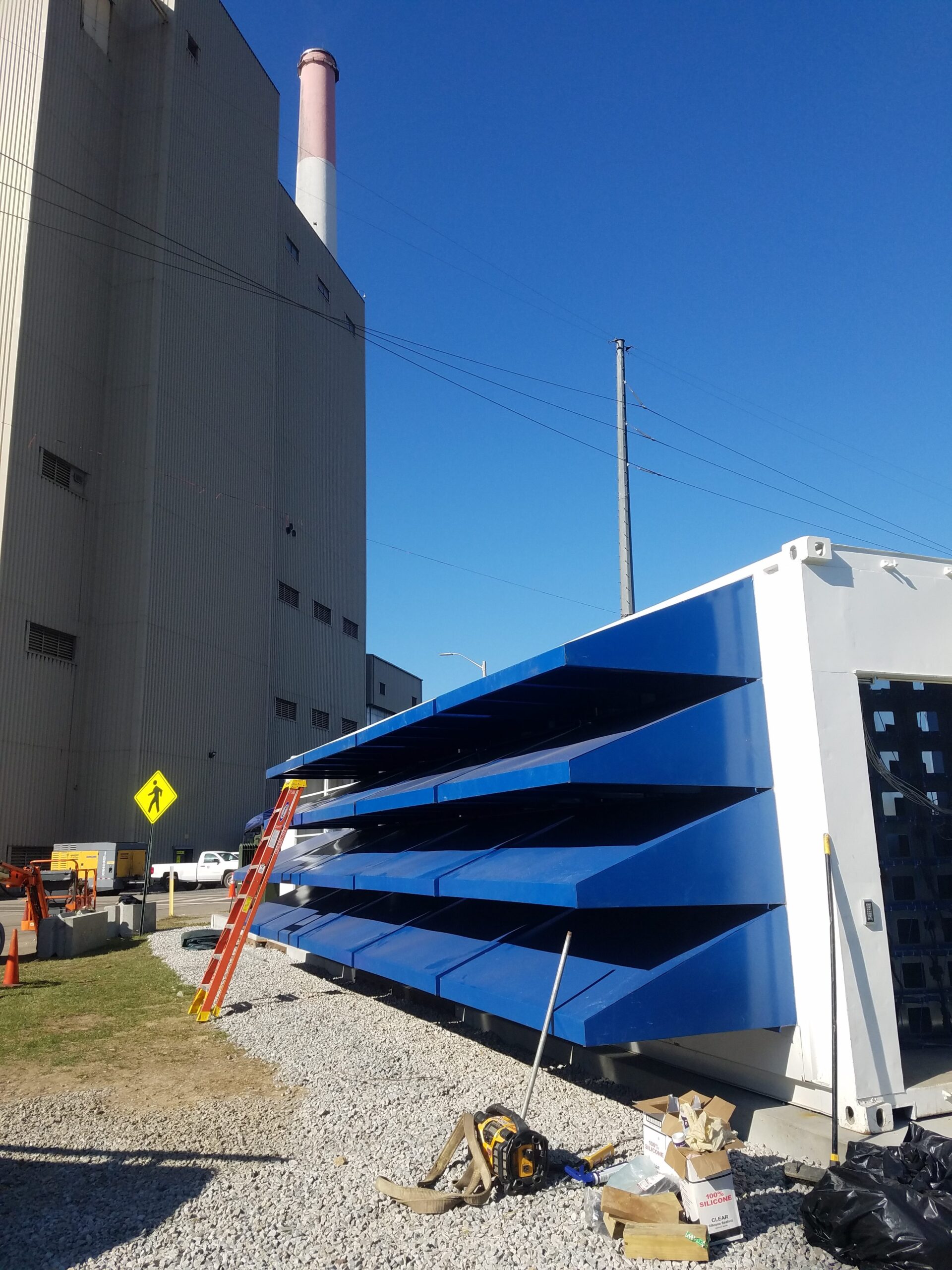 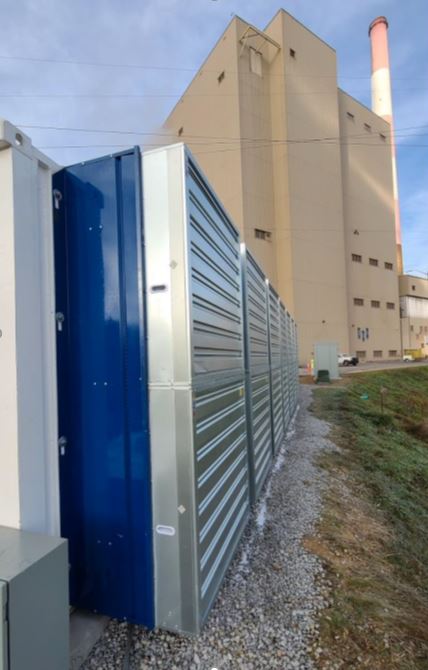 Power contracted directly from the turbine, not the grid. 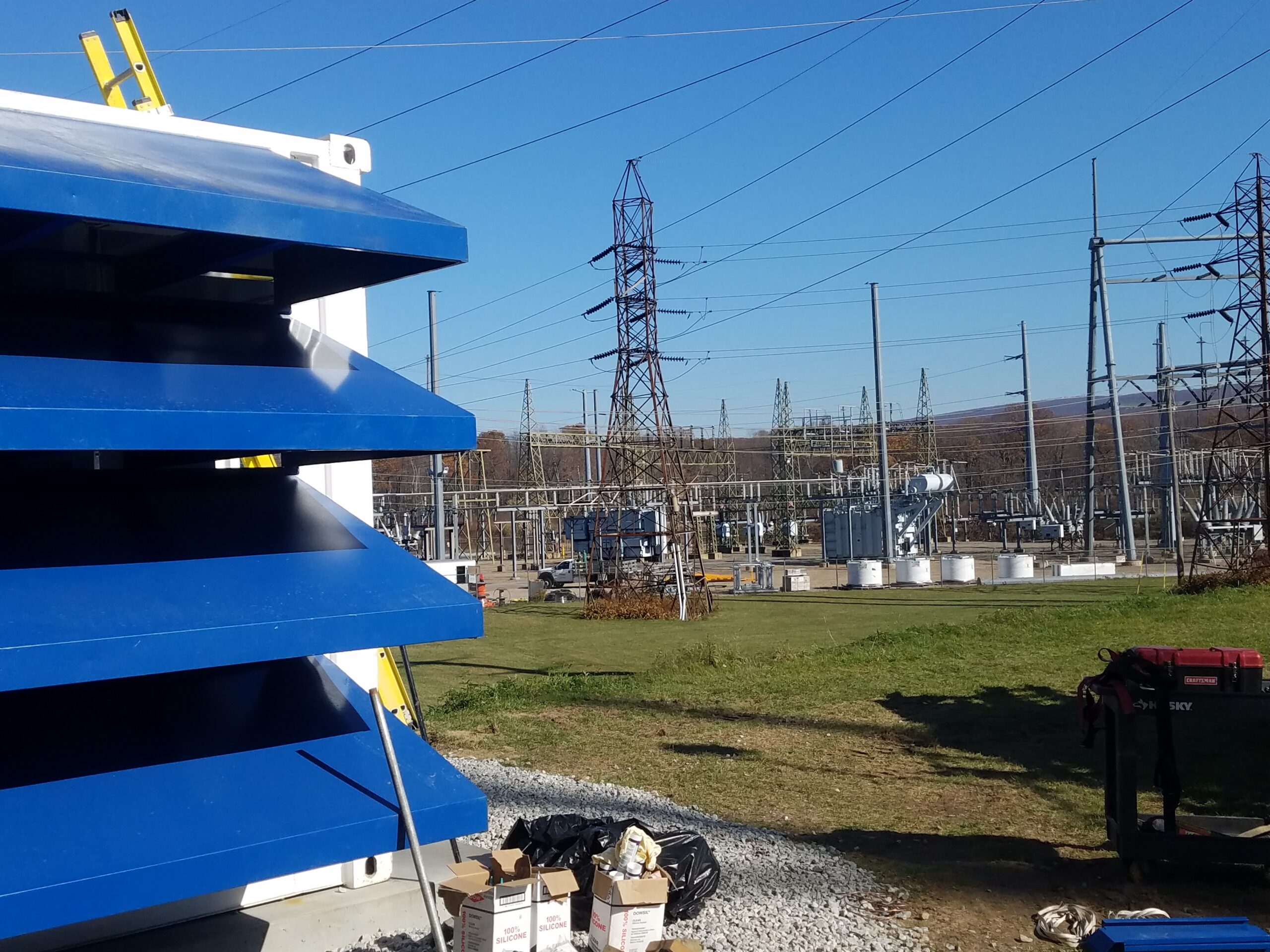 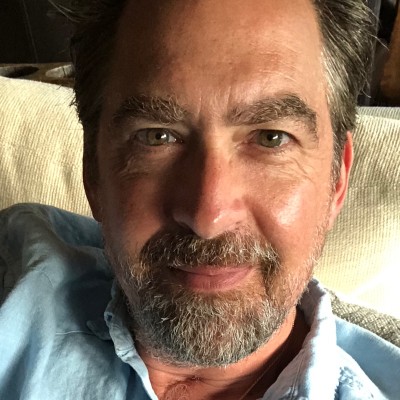 Derek Pew
Executive Chairman and a Director of Hashwatt

Derek Pew
EXECUTIVE CHAIRMAN AND A DIRECTOR OF HASHWATT

Derek began his career as an investment banker with Bankers Trust Company and, thereafter, as an attorney with Morgan, Lewis & Bockius LLP. As an investment banker and attorney, Mr. Pew participated in over $70 billion in transactions including the leveraged buyout of RJR Nabisco, the merger of Time and Warner Communications and the merger of Bell Atlantic and NYNEX.

Derek has served on multiple charitable boards including, the Philadelphia Orchestra Association, the Maestro’s Committee of the Philadelphia Orchestra, the Advisory Boards of the Metropolitan AIDS Neighborhood Nutrition Alliance of Pennsylvania and the Greene Towne School, the Board of Overseers of the University of Pennsylvania Law School, the Board of Directors of the Free Library of Philadelphia Foundation where he chaired the Technology Committee, and is a current member of the Board of Trustees of the Agnes Irwin School where he sits on the Executive Committee and is a former chair of the Development Committee.

Mr. Pew’s family has a long history in the energy industry in Pennsylvania having founded Sunoco, Sun Shipbuilding and Drydock, several financial institutions and one of the largest NGO trusts in the United States. 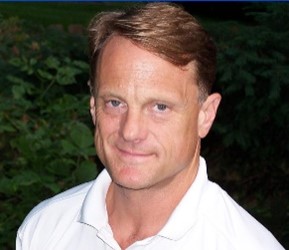 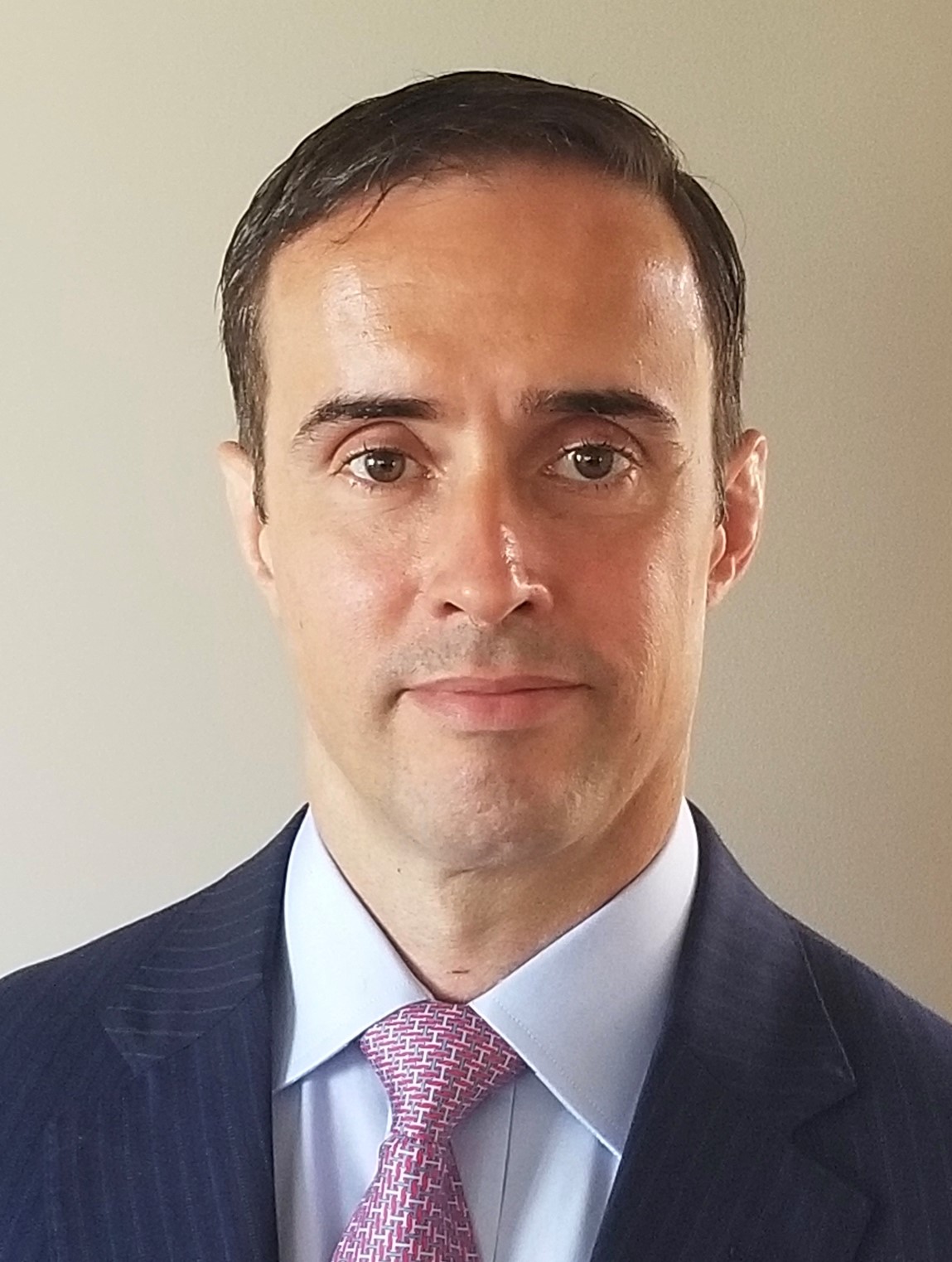 Michael Burns has more than 20 years of experience across five start-ups and several institutional investors. He has been a partner and advisor at Gauss Ventures and Alara Capital, and a Managing Director at Guggenheim Partners and TL Ventures. He worked on many successful companies where he has been a co-founder, seed investor or growth investor.

As an entrepreneur, Mike has created five venture-backed start-ups. Mike ran business development and was a co-founder of Content Watch, the developer of the popular AI-driven Net Nanny parental controls. Mike was a founder and ran business development at Agere, a pioneer in network processor ASICs, which was acquired by Lucent Technologies and became a division of Lucent Microelectronics, which within a year went public as Agere Systems. Mike later was a seed investor and architect in spinning out the nascent power business of Agere Systems to form Ciclon Semiconductor whose energy efficient products powered Google and Facebook data center servers as well as the iPhone. Ciclon was acquired by Texas Instruments. Mike joined key members of the Ciclon team in founding and financing Ideal Semiconductor where he serves as chairman. Ideal Semi created a breakthrough in energy efficient technology serving EVs, data centers and renewables.

Mike was a founder and ran Business Development at data services pioneer Traffic.com, which disrupted the media and telematics markets. This technology was used to enable the first dynamic route guidance. It went public on the NASDAQ and was eventually acquired by Nokia. Mike worked for Lockheed Martin Naval Systems and was an officer in the US Navy. After the 9/11 attacks, Mike voluntarily served as an Officer in the U.S. Navy Reserve. He was assigned to the US Special Operations Command and is a veteran of the global war on terror, including serving in Afghanistan. Joshua has 18 years of experience as an executive and consultant in the technology field and oil and gas industry. An early investor and proponent of blockchain technology, Joshua has a strong background in enterprise-grade infrastructure, mission-critical applications, complex system integrations along with mergers & acquisition.

Joshua currently works for Samuel Coraluzzo Co. as Director of Information Technology. Through a series of acquisitions and organic growth the company grew from 250 to 900 employees. He achieved company-wide 100% virtualization in 2012 and has implemented virtual technologies allowing the information system to match growth and to scale accordingly. Working closely with the managing partners, he has introduced and executed innovative ideas to ensure all systems keep pace with expansion and acquisitions.

Joshua works pro-bono for the Jefferson Pilots Volunteer Program, associated with the Jefferson Hospital of Neuroscience. He designed a system that allows Jefferson Pilots volunteers to schedule and manage resources within the organization. To reduce costs and increase availability of the application, he combined Amazon’s web infrastructure with open source technology.

Joshua has a strong passion for blockchain technology and a keen eye for identifying projects and teams with potential. Since discovering blockchain he has been an extremely active trader and has participated in numerous ICO’s. 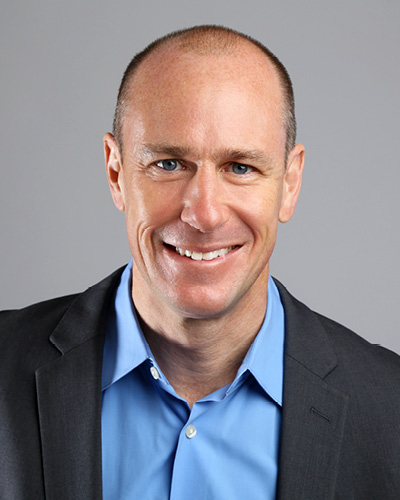 Rob Magee
Board of Advisors

Rob Magee
Board of Advisors

Mr. Magee is the former president and founder of Apostrophe Systems, which was acquired by Systech International in 2012.  Rob has over 20 years of experience as a highly technical and entrepreneurial software professional specializing in designing and building world-class business applications from the ground up. 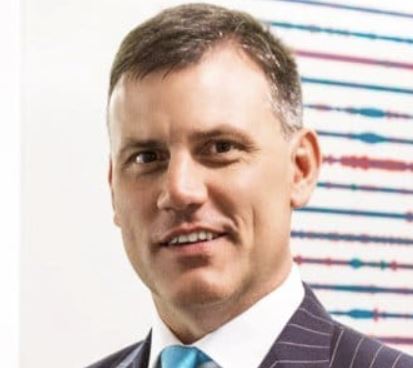 Jamie Selway is an Advisor to HashWatt.  He is an investor, board member, and advisor to financial infrastructure projects innovating in both traditional and digital assets across a broad array of market functions.

Jamie was previously Head of Electronic Brokerage and US Head of Execution Services at Investment Technology Group (ITG), a global agency broker-dealer and trading technology provider.  During his tenure at ITG, he was responsible for the firm’s global electronic products, including the POSIT® crossing network, and the US electronic, single-stock, and portfolio execution businesses. In addition, he was a member of ITG’s Executive Committee and provided the firm’s clients with analysis of market structure and regulatory developments on a global basis.  Before joining ITG, Jamie was the Managing Director at White Cap Trading, an institutional agency brokerage that he co-founded in 2003.  He previously served as Chief Economist at Archipelago and worked in equity derivatives research at Goldman Sachs.

Jamie currently serves as Chairman of the National Organization of Investment Professionals and is a member of the Investment Traders Association of Philadelphia.  In the past, he has served as a Director of the BATS Exchange, as Associate Editor of the Journal of Trading, and as a member of SIFMA’s Equity Markets and Trading Committee, the IEX Quality of Markets Committee, the Nasdaq Quality of Markets Committee, and the NYSE Euronext Market Structure Advisory Committee.  A widely respected expert on electronic trading and market structure, Jamie has testified before the U.S. House of Representatives and U.S. Securities and Exchange Commission and is frequently quoted in the media. 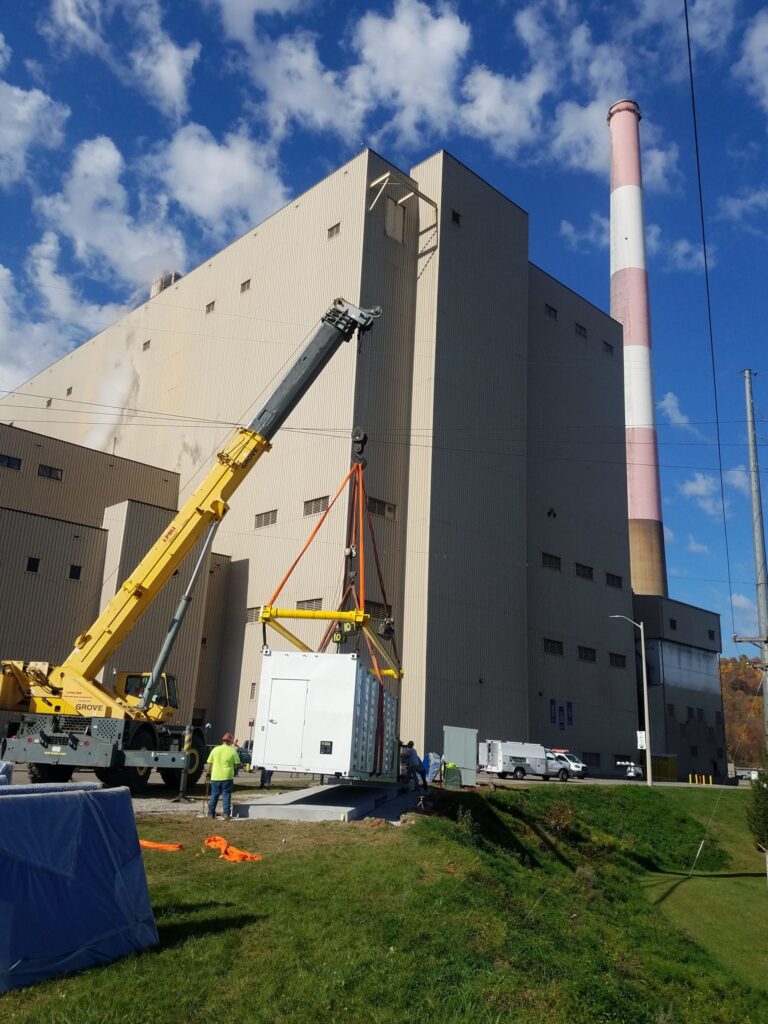 Bitcoin, the first successful, modern, decentralized currency, was introduced in 2009. Bitcoin’s success has been significantly due to its architecture which relies on a digital public ledger system called blockchain.

Blockchain is a digital history of every transaction in the coin. Instead of a central bank, blockchain requires computers around the world to verify transactions to ensure there is no duplication of coin use. 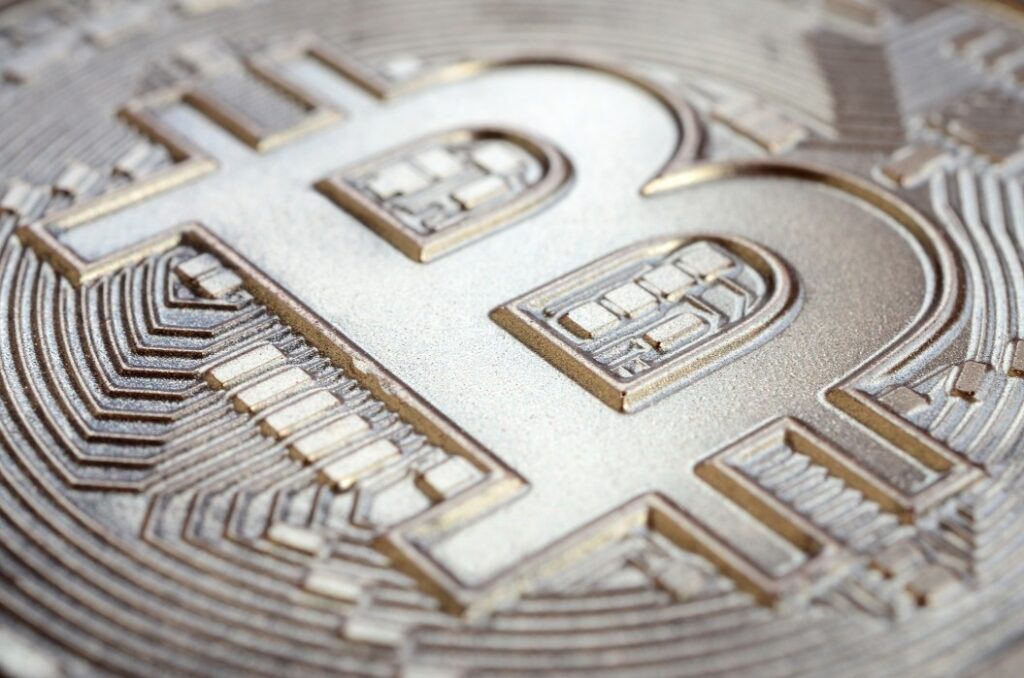 Contact us today to request more information about
Hashwatt, Inc. and what we do.